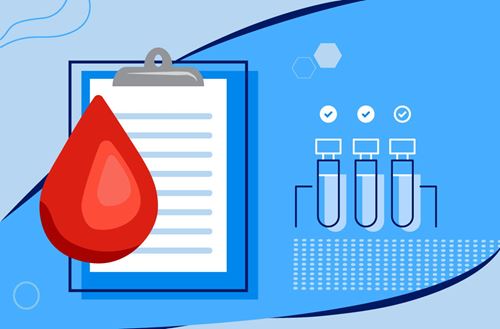 Over the last decade, liquid biopsies have emerged as a minimally invasive technique to improve early detection of multiple types of cancer.8,9 This approach is an alternative to surgical biopsy and involves sampling and analyzing an individual’s blood, urine, saliva, or other body fluid for evidence of informative biomarkers.8,10 For HCC, identifying tumor-specific biomarkers through bloodbased assays has shown promise.11,12

In the current issue of Clinical Gastroenterology and Hepatology, Chalasani et al report findings in a series of studies identifying and validating a new liquid biopsy assay for HCC surveillance, which is now commercially available as part of the Oncoguard® Liver solution.

The test is a simple yet sophisticated blood test for HCC using a combination of methylated DNA and protein biomarkers. It measures the DNA methylation markers HOXA1, TSPYL5, and B3GALT6 and the protein biomarker AFP and incorporates patient sex to classify samples as positive or negative for HCC.12

The algorithm development portion of the study consisted of 136 HCC cases (60% early stage) and 404 controls. Study subjects had underlying cirrhosis or chronic hepatitis B virus.12 In the validation portion of the study, the test performance was clinically validated in an independent cohort of 156 HCC cases (50% early stage) and 245 controls. The results were consistent and showed 88% overall sensitivity, 82% early-stage sensitivity, and 87% specificity,12 thereby enabling an accurate identification of patients with or without HCC.

Additional analyses comparing the test to currently available surveillance tools were also conducted. The multitarget HCC blood test showed greater early-stage sensitivity than that of AFP and GALAD. The results indicated that sensitivity of the test (82%) was significantly higher than both AFP (40% at a cutoff of 20 ng/mL, P<.001) and GALAD (71% at a cutoff of -0.63, P=.03) for patients who had early-stage HCC. The test also demonstrated enhanced sensitivity (81%) for patients within the Milan criteria (ie, a single tumor ≤5 cm or up to three nodules ≤3 cm without macrovascular invasion or extrahepatic spreading), which was higher than an AFP level of 20 ng/mL or greater (41%; P<.0001) but not significantly higher than a GALAD score of -0.63 or greater (71%; P=.07).12

The authors concluded that, with its greater early-stage sensitivity, versus guideline-recommended blood tests, the multitarget HCC blood test may significantly improve early-stage HCC detection for at-risk patients undergoing HCC surveillance, which is a critical step toward increasing curative treatment opportunities and reducing mortality.12

The study by Chalasani et al in this issue of Clinical Gastroenterology and Hepatology provides important new data from contemporary research that adds to the evidence base supporting the use of biomarkers and the multitarget HCC blood test for early HCC detection.12

This new multitarget HCC blood test may empower healthcare providers with a tool that is accurate and has a broad application in clinical practice. For patients, family members and caregivers, it offers a convenient route to testing that may bypass some of the logistical challenges often associated with traditional surveillance methods.13 Ultimately, for patients, it offers the potential for early detection of HCC, so the goal of achieving long-term survival may be within reach.